Discover the cities in Menorca

Menorca has many towns and municipalities, each with its peculiarities. It is worth touring them all, from Ciutadella to Mahón and Binibeca. Menorca has eight cities and villages around the island. A part of the urban areas, many towns and urbanizations are very close to the best beaches in Menorca.

Menorca population is 96.620 people, and it's split into eight areas around the island. 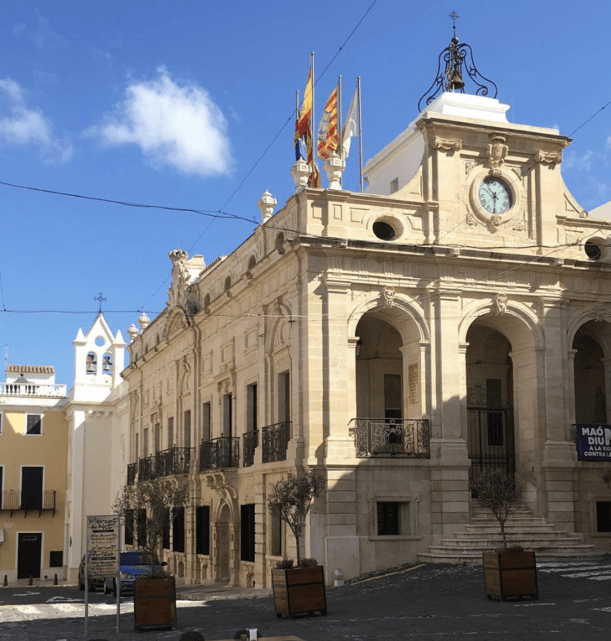 Also known as Maó. This small city of 28.942 residents is on the east of Menorca. Highlights its vast wild harbour, one of the natural biggest harbours of the world, behind other huge ones like Pearl Harbour or Portsmouth.

It has a length of 6 kilometres becomes a great refuge of the Northwind called Tramontana. 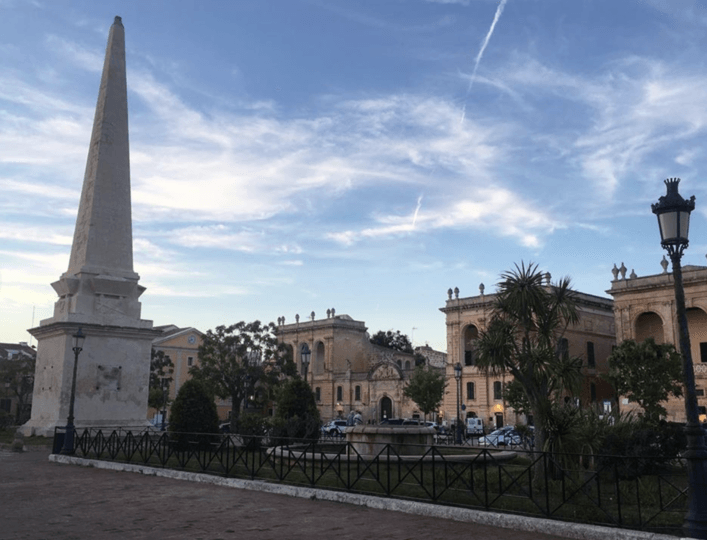 Located on the west side of Menorca, this touristic and historic city also has a lovely harbour. It was the capital so many years ago but is Mahon, although Ciutadella has much population.

It has impressive historical buildings like Naveta des Tudons and the Born statue, referring to the Turkish attack in 1558. Sant Joan's festivities are very known and attractive for thousands of miles of young people coming from outside Menorca.

Alaior, in the middle 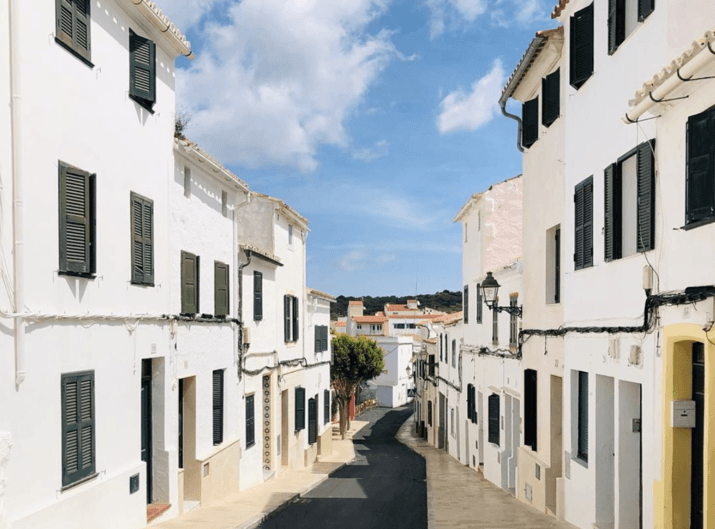 Alaior is located just in the middle of Menorca and has 9012 people. It has several industries like the cheese ones and shoes. Also, it has the UIB, the University of Balearic Islands. In addition, a part of the town itself has some tourist areas on the coast like Son Bou and Cala en Porter. 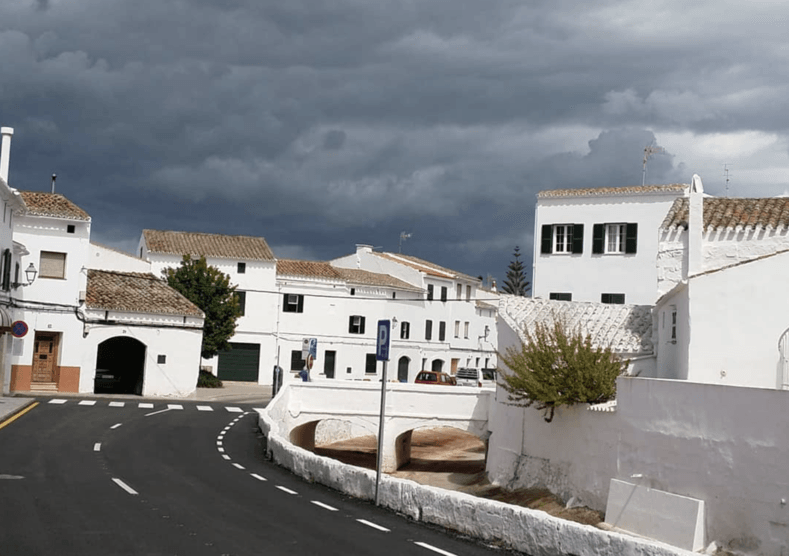 Es Mercadal is located just over Monte Toro mountain, the highest mountain of Menorca (356 meters). It's an essential touristic point, as it has a stunning view. Es Mercadal streets are narrow and have a little river that crosses the town, making itself a picturesque place in Menorca. Just 15 kilometres from there, there is Fornells, which belongs to Es Mercadal, it has a friendly port where people used to practise a lot of water sports. 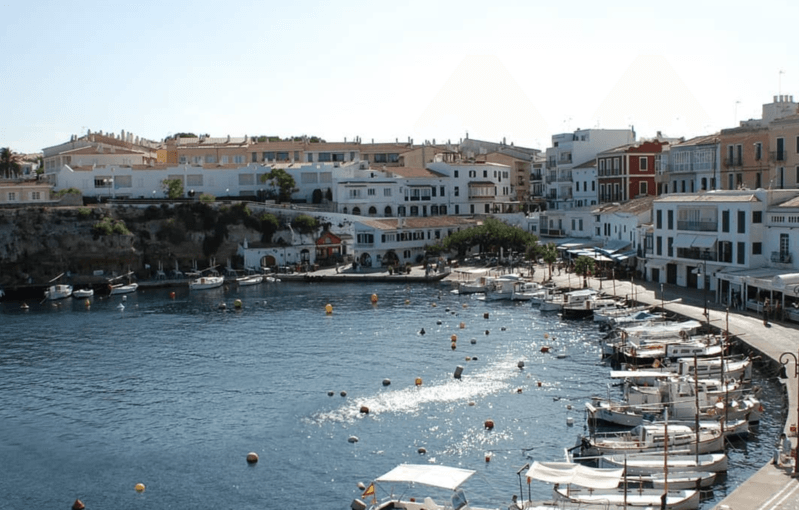 Or also known as Villacarlos, it was established in 1771 by British people with the name of Georgetown. It's the town most east of Menorca and the first to see the sunset in Spain. It has several urbanizations like Sol del Este and Cala Sant Esteve. Recommend to visit the harbour Cales Fonts. All the town has a population of 7347 people. 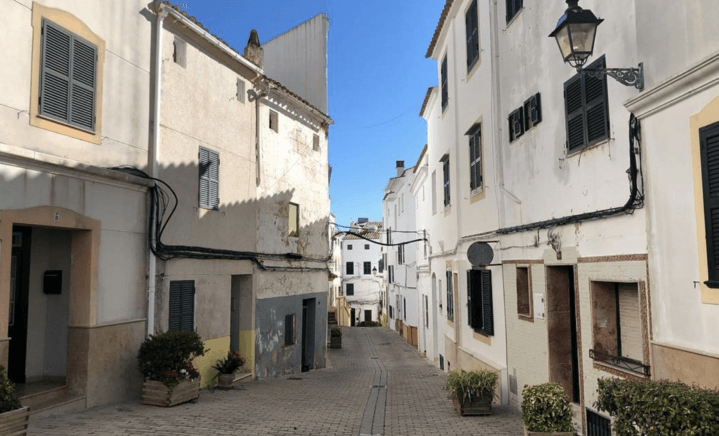 Just in the middle west of Menorca, there is Ferreries city. A tiny village placed in the middle of Ciutadella and Es Mercadal. Small hills surround it. It has only one urbanization, Cala Galdana, a fully touristic place, although it's very near to incredible beaches like Cala Mitjana. 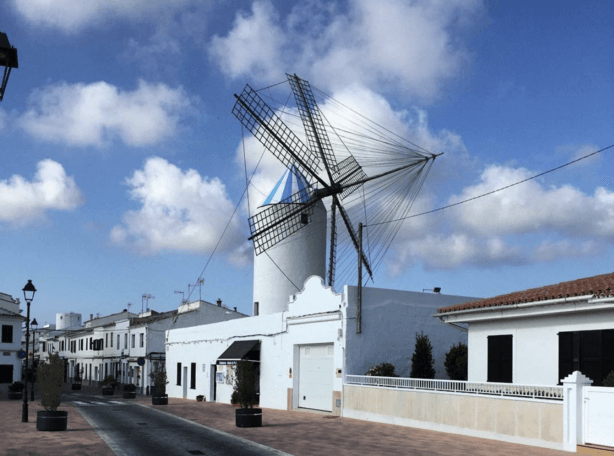 Sant Lluis is in the south of Mahón. It's a small town that was French in 1756. The city is highly petite, although it has famous urbanization areas on the south coast like Punta Prima, Binibeca or Binidalí. 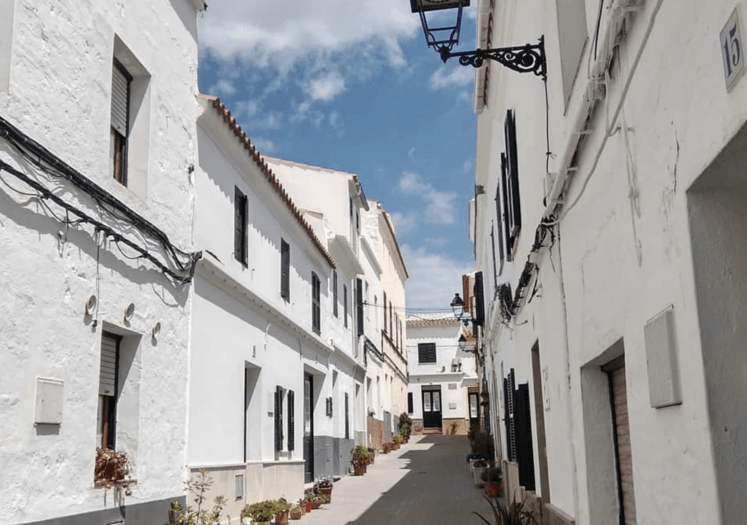 Es Migjorn Gran it's, without doubt, the smallest city in Menorca. It only has about 20 streets, although it will be interesting to visit because the old centre keeps the traditional styling on the structures. But, like the other cities, it also has touristic urbanization on the south coast called Sant Tomás.

All the cities in Menorca have magical things that become them unique. A lot of times, this difference comes from different cultures. For example, Es Castell was British, and Sant Lluis was french; this made that architecturally cities are other.