Isla del Rey is a beautiful place to visit in the Mahón area. It is situated in the centre of the port and offers a great history. They organize guided boat tours to explore the Island. King Island is an island of 4 hectares which is located just in the middle of Mahon's Harbour, in Menorca. It's visible from most of the port. Specifically, is located between Mahón and Es Castell, on the Southside of the Island. It also has springs in both North and South coasts.

During British conquest in Menorca, in the 18th century, the British build the hospital, which ends being a quarantine area, taking advantage of being on an Island. For this reason, British conquerors called that island Bloody Island. 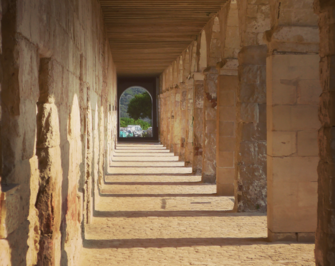 The name of King Island, it's due in 1287, King Alfonso III expelled Muslims from Menorca.

A piece of extra information is that this Island has a human activity for a lot of time, that's why there's a Christian basilica of VI century.

If you go to Menorca and love History, you should visit King Island

Company YellowCatamarans organize closed packs to visit the island. That's done by yellow catamarans, that are totally visible from the Sea Station of Mahon's Port. They offer excursions outside the harbour, but also they have some packs to visit King Island and the Hospital. If you are interested in the history of Menorca, we cannot miss that amazing trip.

They offer different kind of trips:

We highly recommend checking the availability if we are many people. Also, the dates, cause in winter doesn't use to trip.

Also can interest you: Top 3 beaches near Mahón