Cala Tirant is in the north of the island. An attractive beach for wind and waves lovers. Its large size and orientation towards the north; make it an ideal place for surfing and other water sports. Romantic sunset from a quick boat in Fornells Sunset on a Menorca'n typical boat from Fornells bay

It's between Cavalleria cape and the Fornells Port. The right side of the beach is at the foot of the Playas de Fornells urbanization. Unfortunately, a landmark in Menorca for having the Isabella Menorca Beach Club is only open in summer.

The beach consists of two parts.

The east side of the cove is much bigger and broader. Its sand is thicker than in the rest of the beaches, with a golden colour. The water barely covers the first tens of meters, making it an excellent beach to go with children and babies. 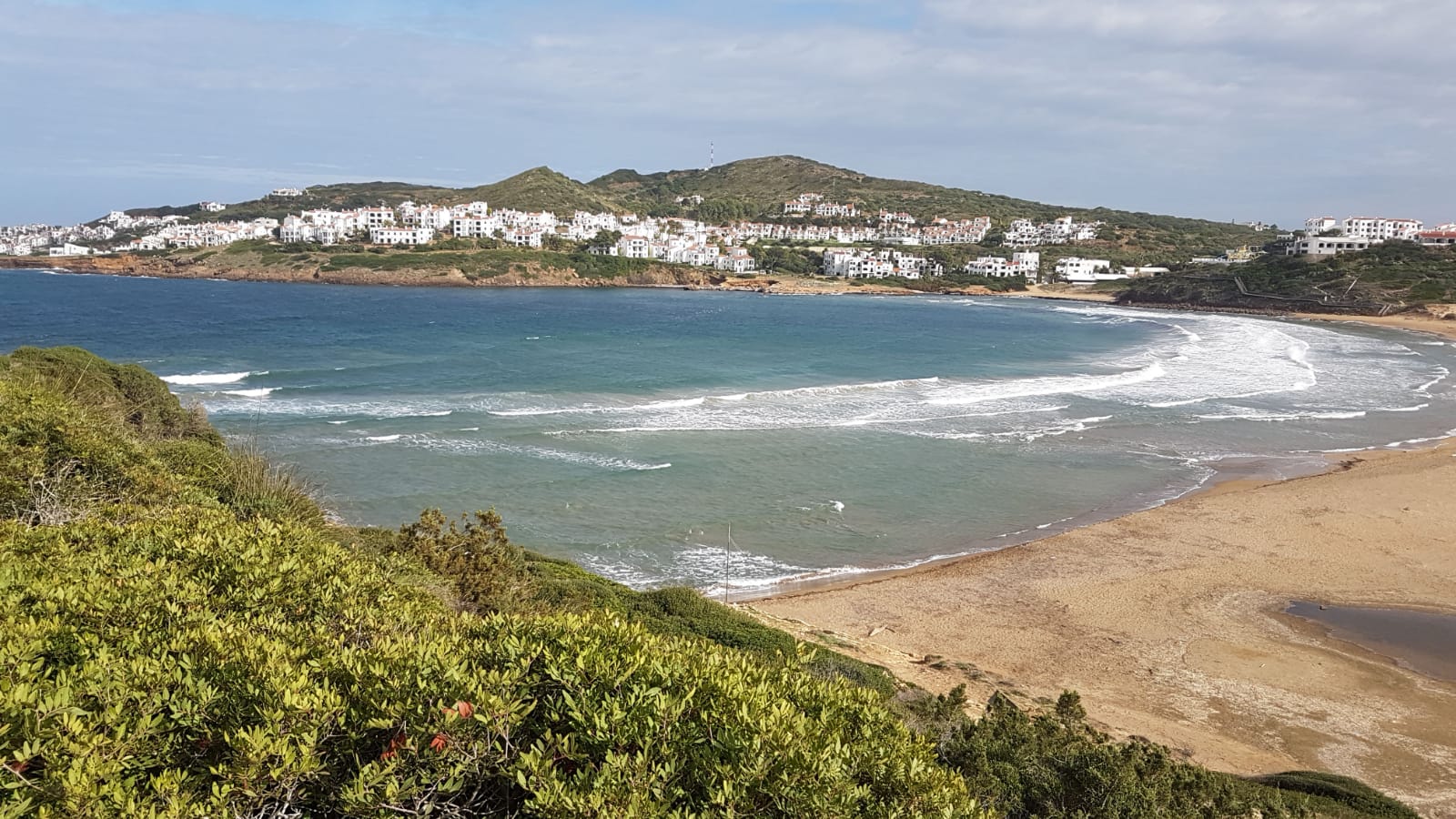 On the other hand, the right part is much narrower and separated by a cliff. You can quickly get around it with the help of some wooden stairs that go over the top. This stumbling block divides the beach into two parts.

The back part of the left side of Cala Tirant has some tiny dunes. Product of the erosion of the land with the strong winds. Access is not allowed for the good of its preservation. You will see that there are marks with information about it.

The diminutive Lluriac Nou river ends in the shore. Its entire area is distinctive for its wetlands and green reeds. Unluckily, it is usually dry in summer, but you can still see many birds that live in the surroundings.

It's the best beach for surf, windsurf and kitesurf 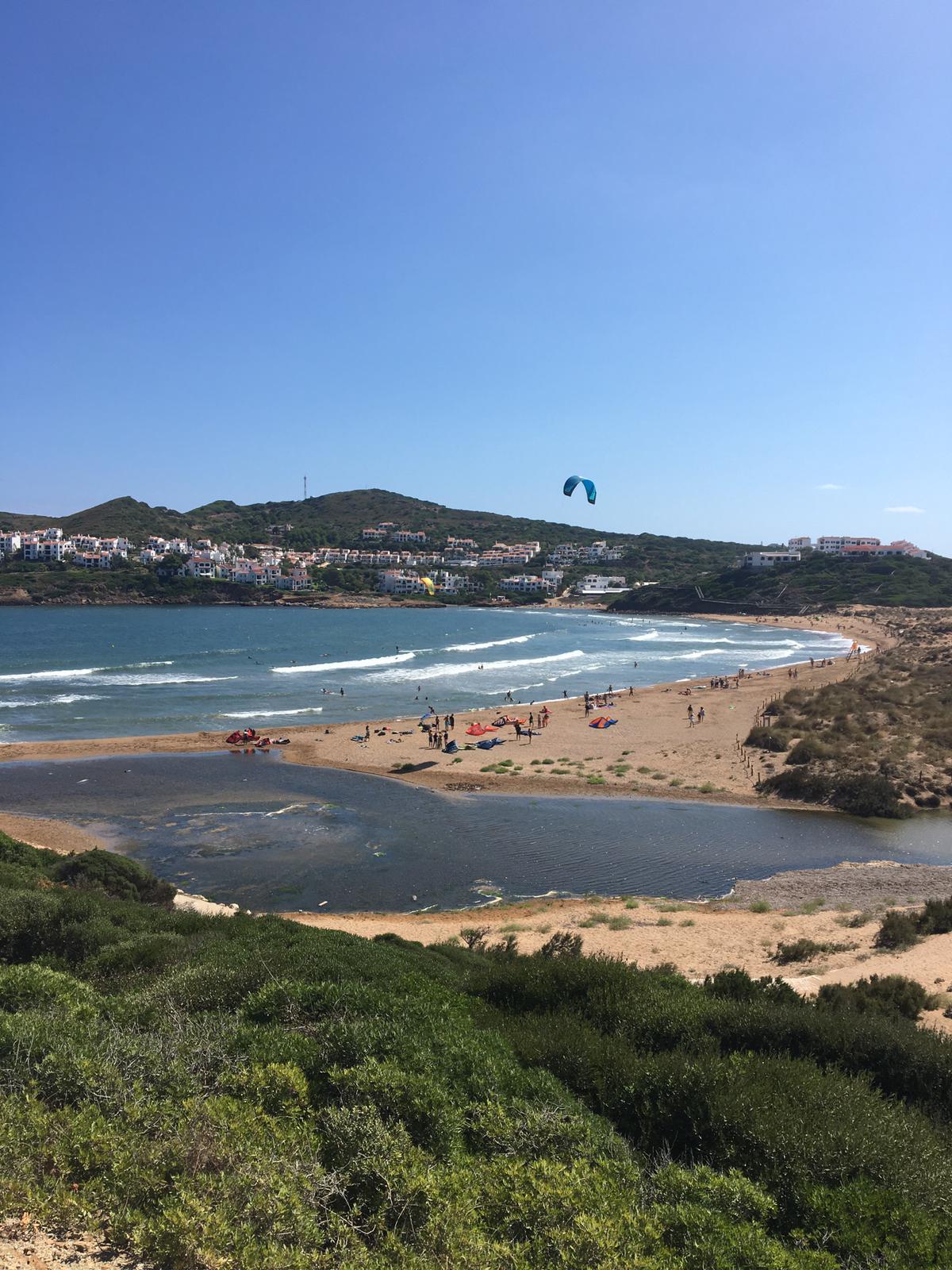 Due to its location and being exposed to the north, big waves appear in Tirant's Bay. Adding to its extensive coastline, it is a perfect place on the island for wind sports like Kitesurfing or Windsurfing.

How to get to Cala Tirant

You can get to the beach in both parts by car. You can choose between the most urban road and the deserted across Tramontana road.

In both cases, you must first reach the last roundabout on the ME-7 road, where you can choose between going to Fornells, Mercadal or taking the Tramontana road. 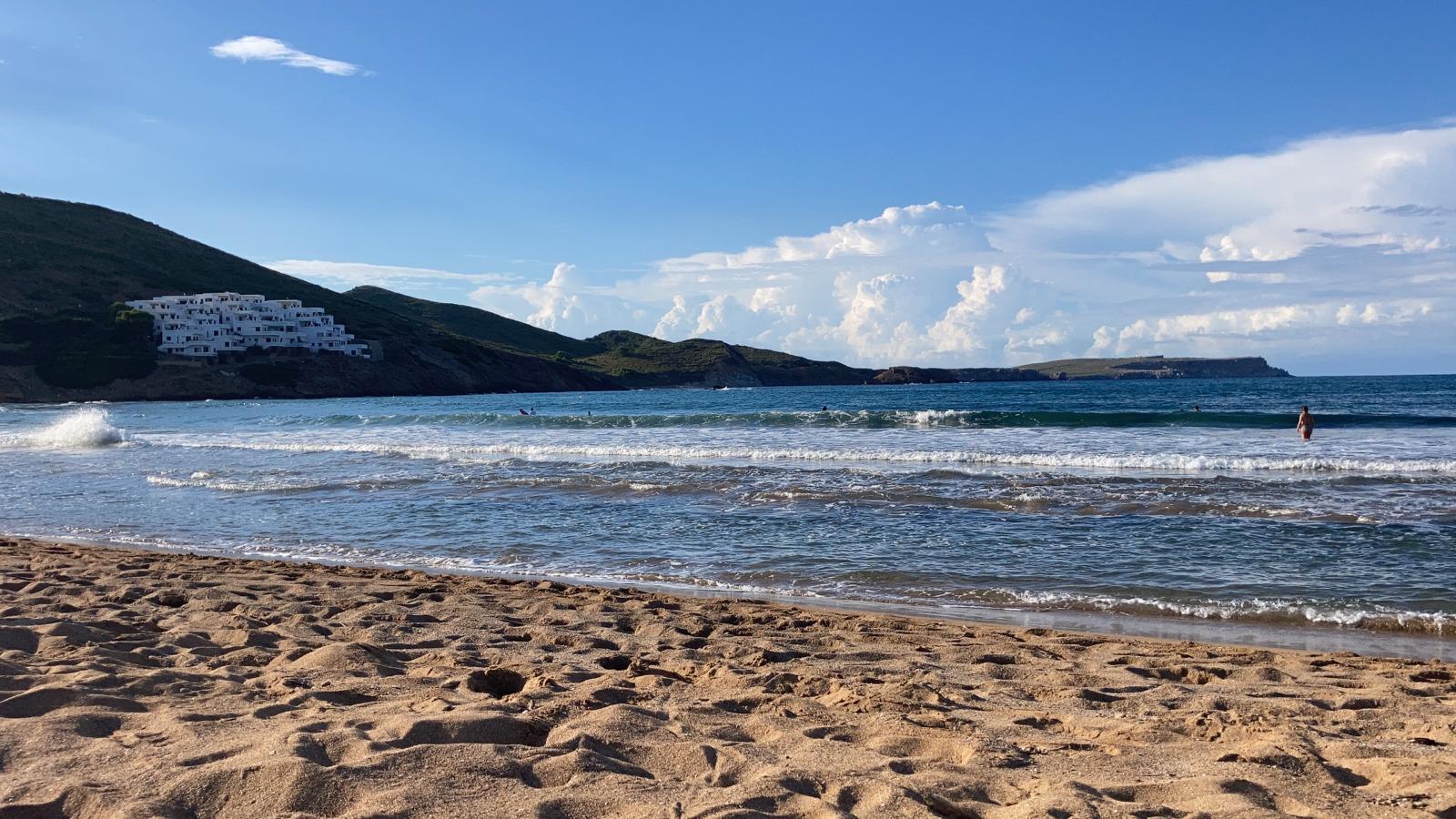 The best option is to eat in the surroundings. There are many restaurants and flats for rent.

It is a very picturesque place, with the typical white houses. It has spectacular views of the beach and easy access on foot. Parking is not a problem in this part of Platges de Fornells as it's plenty of free places.

You will have to double park at the end of the Tirant path and then go down by foot the path to the sand. On the way, you will pass a bridge that crosses the Lluriac Nou river. This part of the cove is not so urbanized and has much more vegetation.